Maggie Carig (left) is an HR and administrative coordinator at the Dubai branch of Mitsubishi Electric Corporation (MELCO-Dubai). 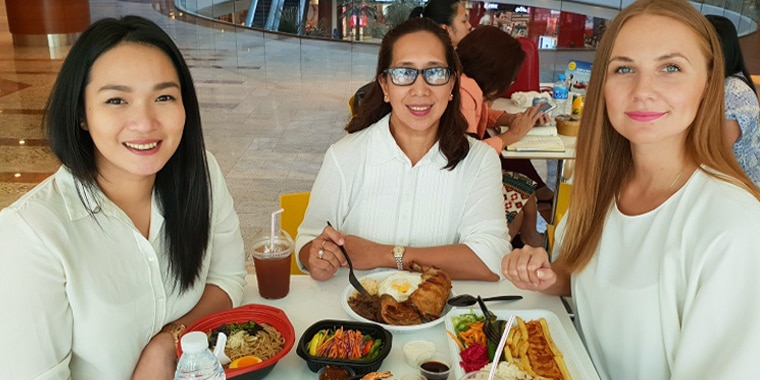 One Wednesday lunchtime in June, Maggie got out of the office with her colleagues Sheila (middle) and Daria (right) and went to a nearby restaurant.

"Most days of the week, I bring my lunch from home. So do my colleagues. My lunch usually consists of rice, meat or fish, and vegetable sticks or fresh fruit", Maggie said. "But sometimes, when I leave it at home or don't feel like preparing it, I'll use a food delivery service or go to a nearby restaurant. Our lunch today is a welcome change". 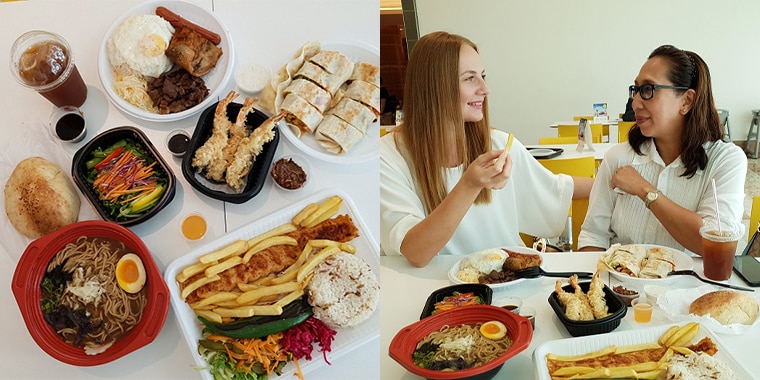 In the restaurant, they ordered and shared the following dishes:

Such an international lunch, isn't it? But in Dubai, these multicultural dishes on the table aren't particularly surprising. According to a 2015 International Organization for Migration report, a whopping 83% of Dubai's population is foreign-born, making the emirate the world's most cosmopolitan city, where people of more than 200 nationalities live. Far behind Dubai, Brussels ranks second at 62%.

Other than that, Dubai has a lot of number ones in the world—the tallest building (Burj Khalifa, 828 m), the largest artificial islands (the Palm Islands, which are said to be clearly visible from outer space) and the fastest police car (a Bugatti Veyron, whose top speed is a staggering 407 kmph), just to name a few.

The MELCO-Dubai office reflects the city's cosmopolitan atmosphere with people from many different countries, such as India and Egypt, working there. These lunchmates are no exception. Maggie and Sheila are from the Philippines. Daria is from Russia.

"We enjoyed a variety of foods", Maggie said with a satisfied look on her face, which appeared to show that she appreciates the taste of Dubai's cultural diversity. The MELCO-Dubai office is located in Al Fattan Plaza (left). The building is just a five-minute walk from Dubai International Airport. The world's busiest airport for international traffic for the fourth consecutive year, in 2017 over 88 million passengers passed through.